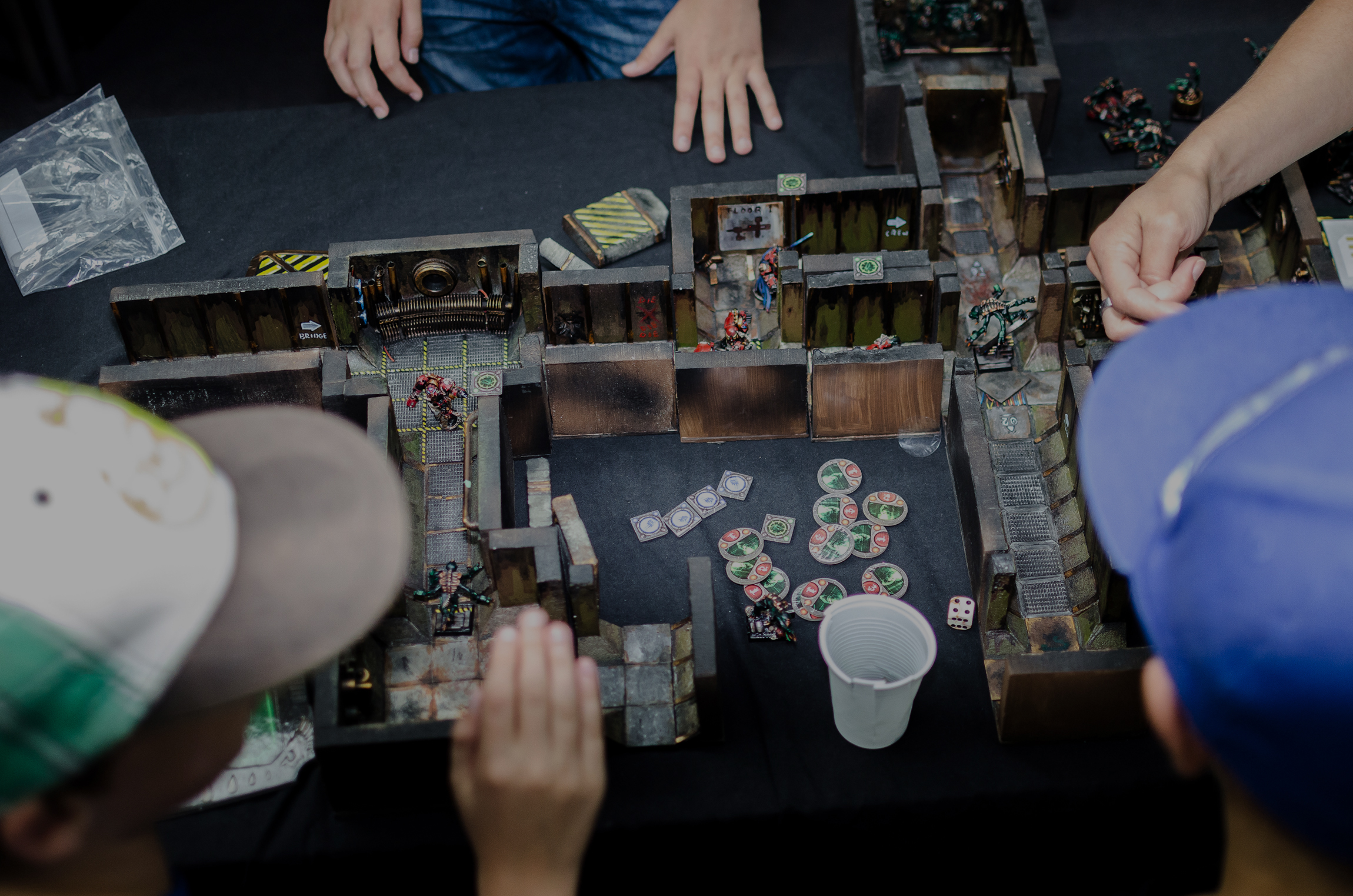 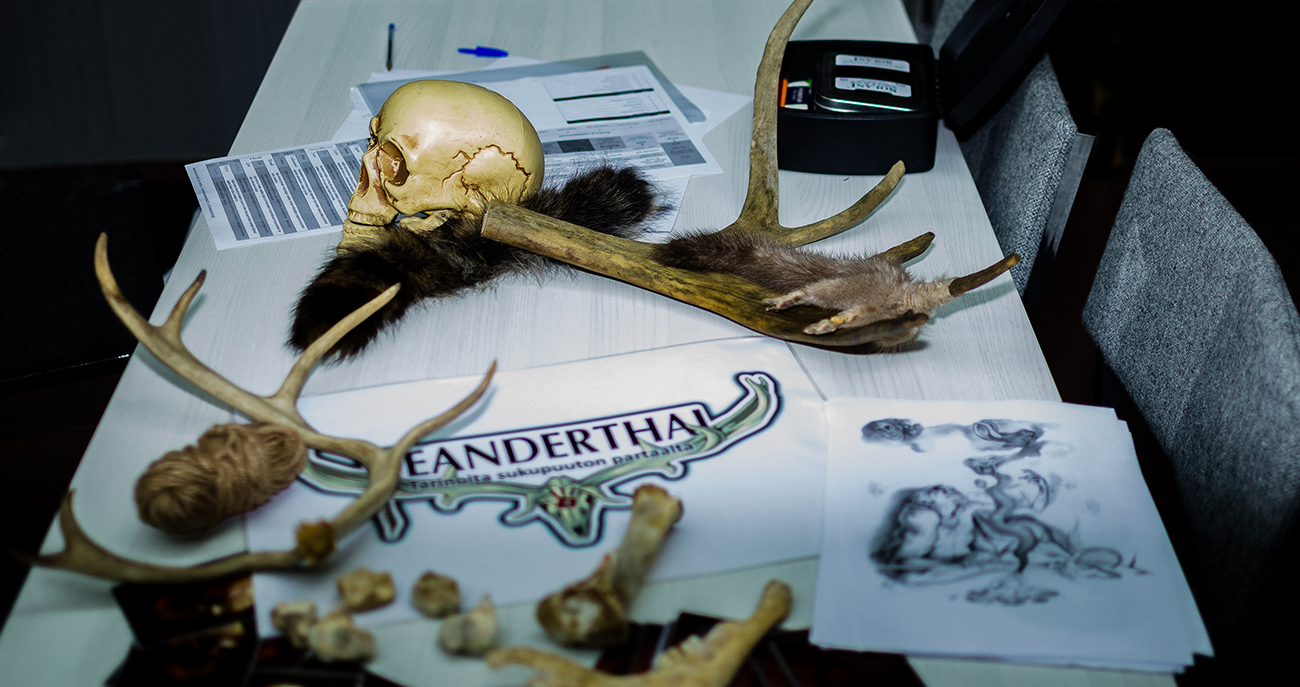 Tabletop role-playing games have always been the heart and soul of Ropecon. There are games being played at nearly every hour of the day throughout the convention weekend, lead by dozens of Game Masters (or GMs). In tabletop role-playing games the story progresses through spoken narration. The GM develops the plot and describes the world in which the player characters reside. Players can influence the way the story unfolds through their characters by describing what those characters do or say or how they react in any given situation. Dice are often used to determine whether actions and risks taken by player characters succeed or not.

There is a wide variety of tabletop RPGs being played at Ropecon, from popular classics such as Dungeons & Dragons to indie games and games released by smaller publishers.

Signing up for tabletop RPGs is done via the Konsti app. More information on the app and how to sign up coming closer to the event. 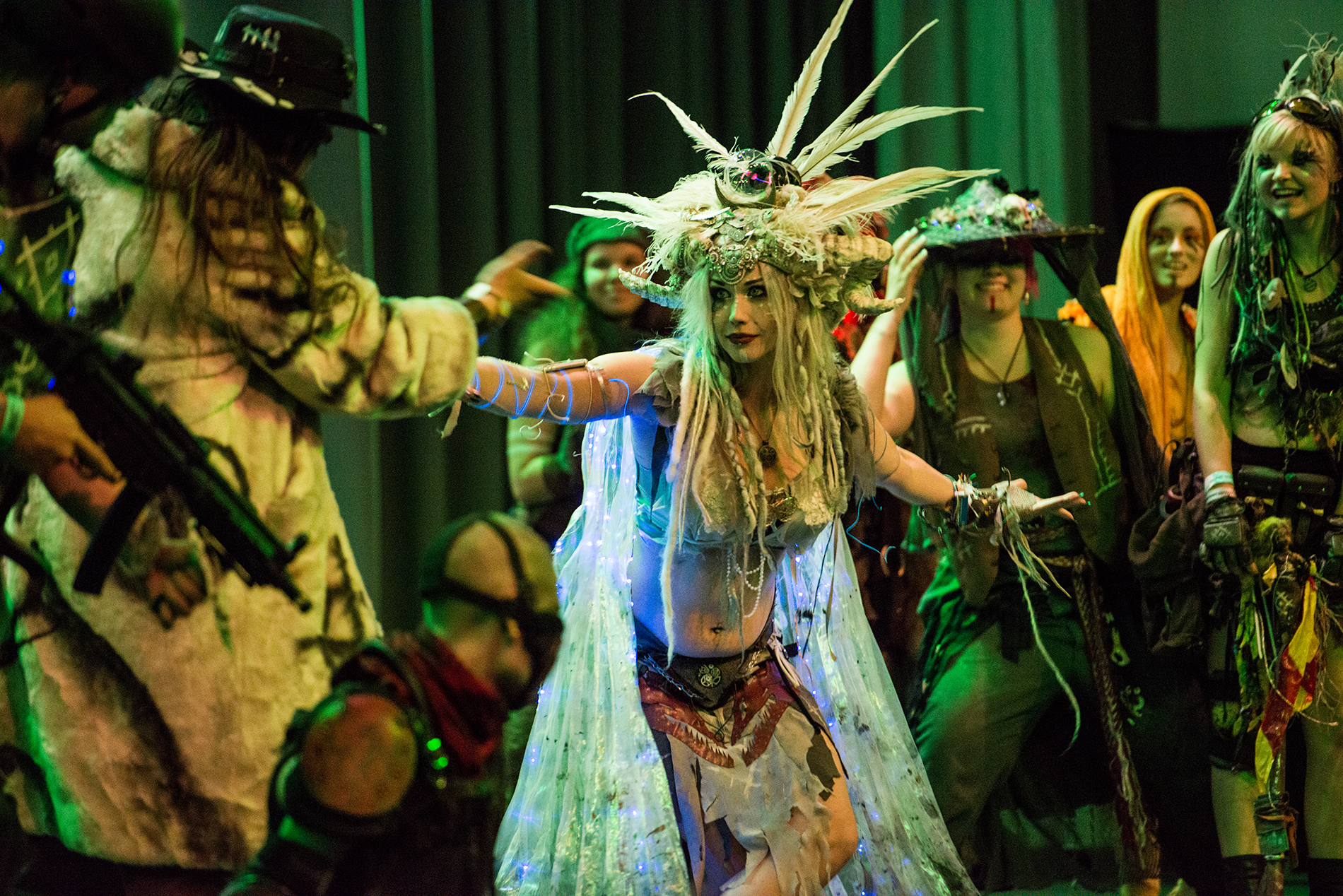 In live-action role-playing games (or larps), players act, talk and behave like their characters would instead of only verbally describing what their character would do or say as in traditional tabletop role-playing games. Ropecon features larps of varying lengths, some of which are played in specific rooms while others are spread out throughout the convention area. You can sign-up for larps at the LARP and RPG Desk. Sign-up is done on a first-come, first-served basis.

Before the game begins, players have a chance to read a description of their character and familiarise themselves with the world the game is set in – no other background information is needed to participate. The story progresses either completely based on interactions between the players or with assistance from the GM. You do not need any special costumes or props to participate in a convention larp: you can wear whatever you are wearing at the convention and props will be provided to you if needed before the game. Ropecon features both unique larps written specifically for Ropecon as well as spin-off games and re-runs of existing larps. 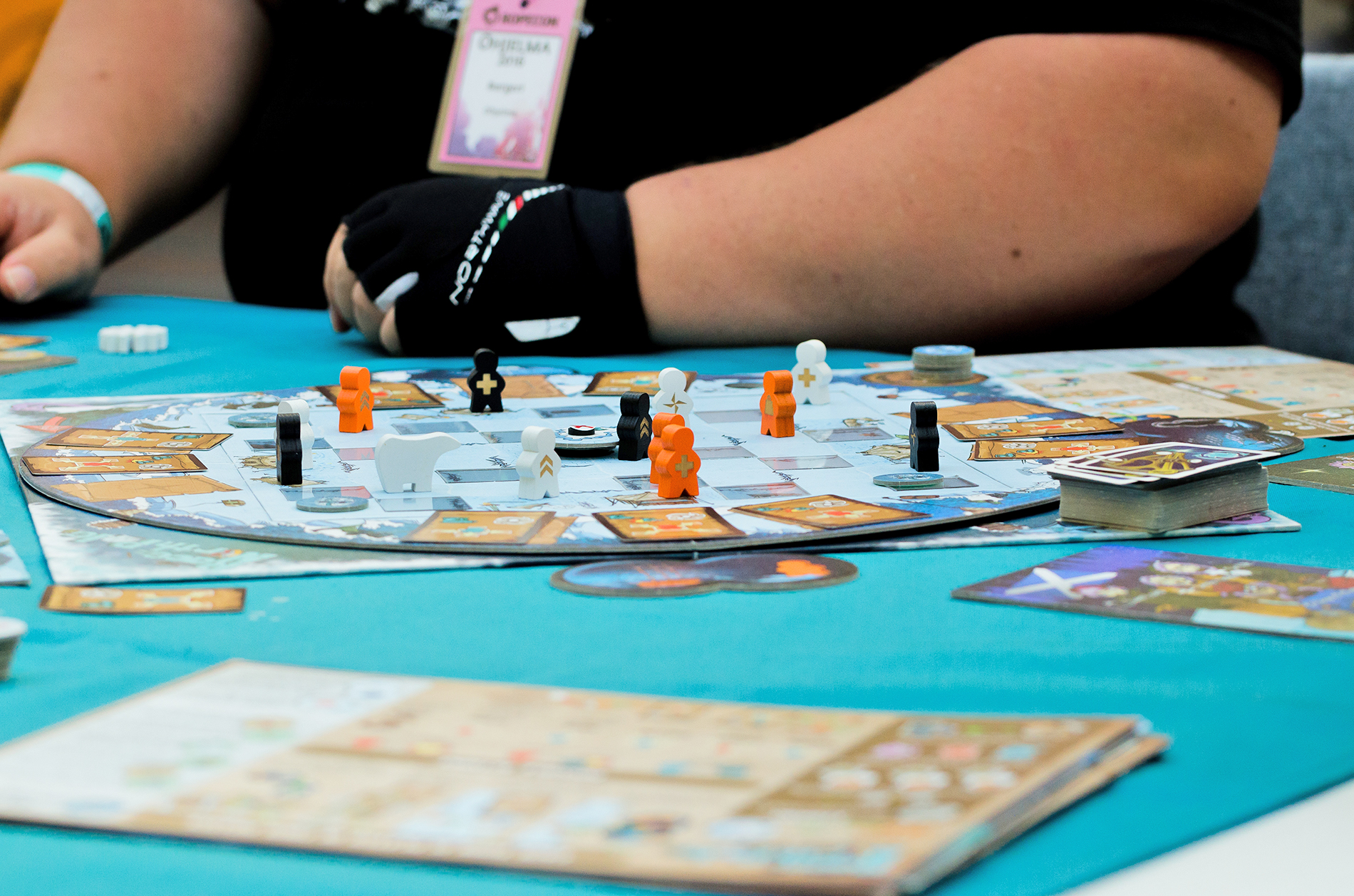 There are over 800 different board games and card games available for play at Ropecon – free of charge! The selection includes both beloved classics as well as acclaimed new releases. Attendees can lend out a game from the Board Game Library counter for a collateral and play it with others. Our experienced staff will gladly help you find a suitable game and new people to play with.

Tables around the Board Game Library are free to use for playing games, whether those are your own or lent out from the Library.

See the winners of the 2018 competitions » 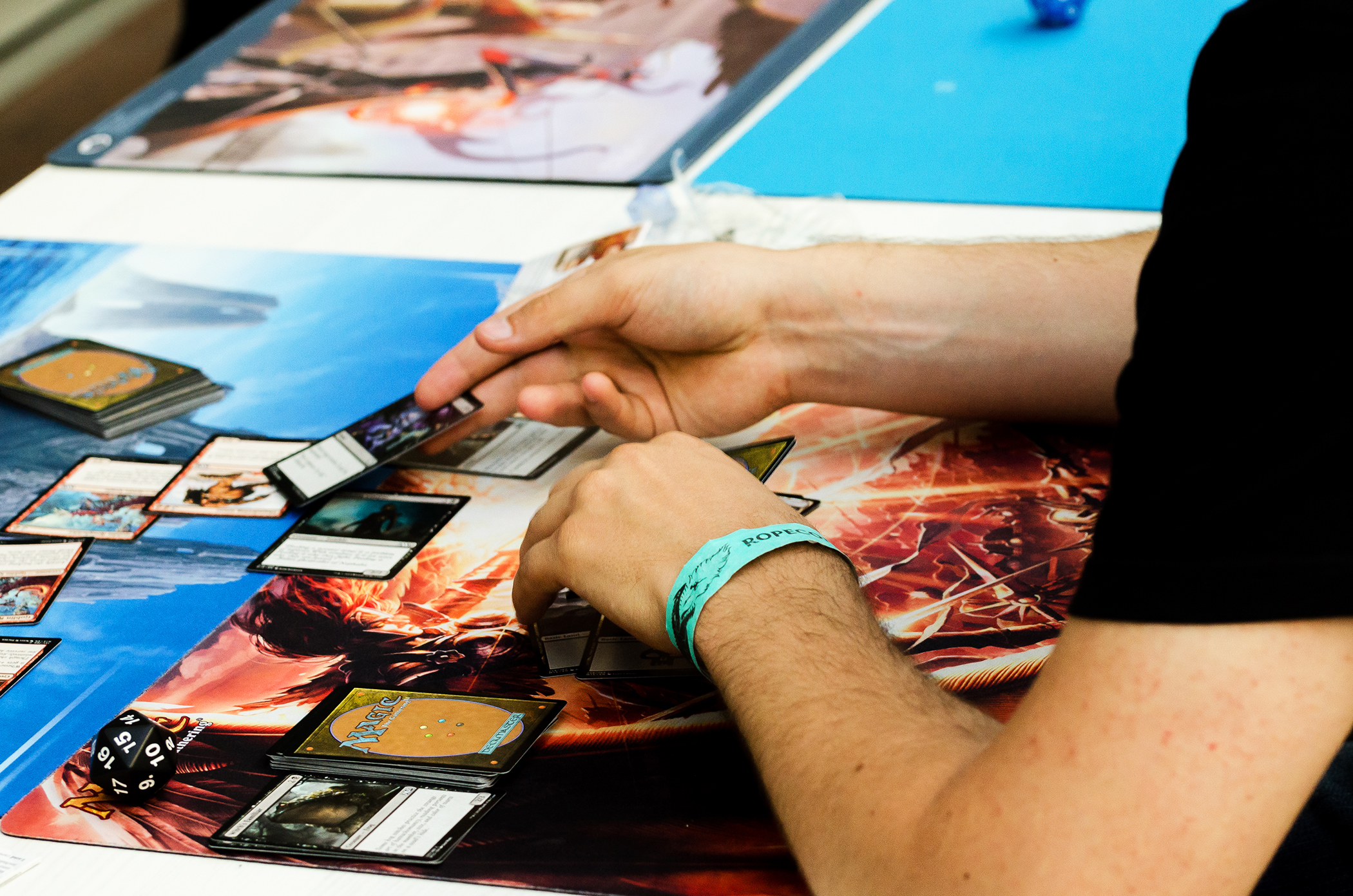 There are multiple collectible card game tournaments held in Ropecon each year and this year is no exception, featuring tournaments for classics such as Magic: The Gathering and Vampire: The Eternal Struggle. Other popular card games include Pokémon, Yu-Gi-Oh!, Star Wars, Android: Netrunner, Game of Thrones, The Great Dalmuti and Munchkin.

See the winners of the 2018 competitions »

As for miniature wargaming, games such as Warhammer Fantasy Battle, Warhammer 40K, Horde, Star Wars and Lord of the Rings have been popular. Ropecon also features historical strategy games.